You are here: Home / Other / Some pig

Before I even get started with the real story I have for you today, I have to ask a question. What is happening here? 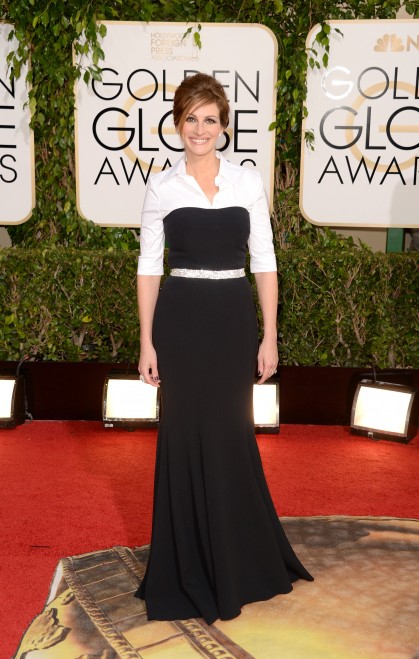 Honestly, I don’t hate it. And Julia Roberts is as beautiful as ever. She could wear a burlap sack and be stunning. So my question isn’t so much about style as it is about function.

How does she have that white button-down shirt under that fitted strapless dress without any unseemly bulges or bumps? I can’t even tuck a white button-down into a pair of jeans without all manner of issues and I’m just trying to understand. Did they cut the shirt off and is it all just an illusion? Inquiring minds (specifically mine) want to know.

I remember learning years ago that the secret to a sleek tucked in shirt is to tuck it into your underwear first. Which I guess is fine except for the wedgie potential and also the fact that people will most likely see your underwear before the day is over. I’m perplexed.

In other news that you aren’t going to believe, I think I may be living out my very own version of E.B. White’s Charlotte Web.

It all started early Saturday afternoon. Actually, it all began at Christmas when Gulley and the boys gave Caroline an ant farm. We went online a few days later to order our supply of ants because the alternative was to find our own out in the yard or something and, let me just say, yeah right.

The confirmation email let us know that our ants would arrive in approximately 2-3 weeks depending on the weather in our area because it can’t be too hot or too cold or the ants might die in transport because apparently being in transit with the U.S. Postal System is harsher than living out in nature. And so it makes sense that our ants arrived this past Saturday afternoon after all the Polar Vortex brouhaha.

However, I found myself on the horns of a dilemma because the package said the ants needed to be placed in their new home IMMEDIATELY and Caroline was at the ranch for the day with P and I knew they wouldn’t be home until much later that night. And so the sole burden of placing the ants fell squarely on my shoulders.

(I later learned I could have waited and IMMEDIATELY didn’t so much mean IMMEDIATELY as it did just sometime in the next 12 or so hours. But it’s too late now.)

I carefully read all the instructions to make sure I did everything the way it was supposed to be done to ensure our ants safe arrival in their new home. The first step was to poke three holes in the gel farm which I guess helps them get started in their new environment. The second step was to place the test tube full of ants into the refrigerator for fifteen minutes so they’d be lethargic when I dumped them in and thus not as likely to try to escape from Alcatraz.

And so I finished folding some laundry and straightening up the house while the ants chilled in the fridge. I mean that literally.

After fifteen or maybe thirty minutes (I lost track of time. Get off my back.) I opened the top of the ant farm and dumped all the ants into their new home with fear and trembling. And, well, the scene was exactly what you’d expect. Ants everywhere. Ants milling and crawling and trying desperately to find a way to escape their new enclosure filled with gel.

I spent the rest of the afternoon checking on the ants’ progress and I was afraid I’d basically killed a bunch of ants because they weren’t doing much of anything. Maybe they were stunned. Or maybe it’s because they’d been in the fridge longer than necessary. In all fairness if someone put me in a tube, mailed me, stuck me in an igloo and then dumped me out on a beach somewhere, I’d be a little shellshocked too. It might take me a day or two to find the will or courage to make a sandcastle or to quit rocking back and forth in the fetal position.

But by the time Caroline got home later that night, the ants had begun to dig some tunnels. They’d piled their dead ant friends (I know. They didn’t all make it. Tragic.) in a corner and were working furiously in some type of assembly line formation.

Sunday morning we awoke to find they must have worked all night in an effort to make their new place feel like home.

However, it was what I saw yesterday morning that stopped me in my tracks.

This is the part where it gets like Charlotte’s Web in case you’re wondering when this whole drawn out story about some ants is going to come together.

Because the ants have clearly sent me a message. 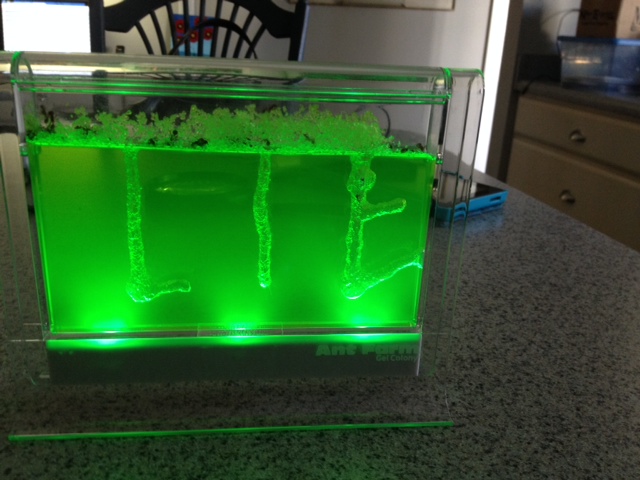 I know. What does it all mean?

Do they think I’m lying? Are they lying? Is their whole life a lie now that they’ve been subjected to a life of hard labor on an ant farm? Did the people at Uncle Milton and the U.S. Postal Service tell them they were going to a place with green pastures to roam around and cows to milk while wearing jaunty straw hats and perhaps a tiny pair of overalls?

Then, as if that wasn’t enough, I settled in on the couch to go through my email and saw this. 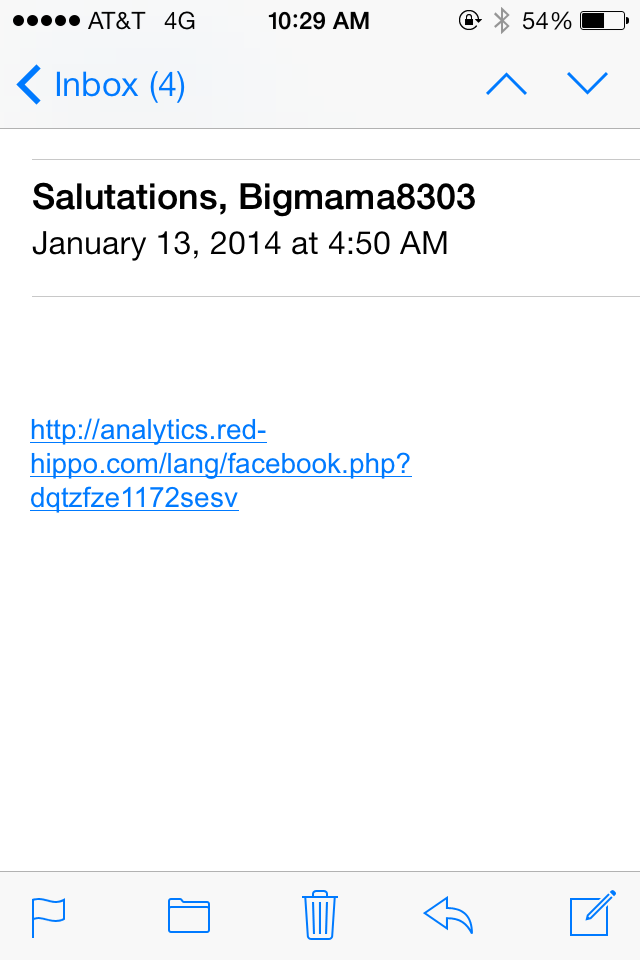 Do you see that? Do you see that it says SALUTATIONS? That’s exactly how Charlotte greeted Wilbur. It was her fancy way of saying hello.

What are the odds that on the same morning the ants wrote LIE that I’d get an email sending salutations? And it’s not a real email. It’s a spam email from an unknown address and, I can’t say for sure, but I think the ants sent it. How else do you explain it?

All I know is if I wake up tomorrow to find the word RADIANT spelled out in the ant farm, I’m either throwing them away or taking them to the county fair.

The ants haven’t taken over