You are here: Home / Compassion / Hope in the midst of humidity

We are back at the hotel after a day spent visiting the first of many Compassion projects we’ll see this week. I am not going to lie to y’all and tell you I smell good because I don’t. It was hotter than Houston in August here today and my fellow Texans know what that means.

Let me just say it’s not a DRY heat.

I’m not sure how I’m ever going to be able to articulate everything I experience this week, so just know I’ll do the best I can.

This morning we drove to a Compassion project to see their Child Survival Program, otherwise known as CSP. While Compassion has been around for about fifty years, the CSPs just started in the last ten years. The goal is to provide intervention for kids living in poverty before they are even born.

Mothers who are part of the CSP receive prenatal care before their child is born and then continue to receive assistance in the form of food, medicine, clothing, and nutritional education for that child until the child turns three years old and is eligible to be a part of Compassion’s sponsored children program.

We arrived at the project and were taken to the church where they told us we’d get to be a part of their worship. It turns out that we didn’t hear what they were saying because it wasn’t actually worship, but a WORKSHOP. However, they did sing two songs so really we got worship AND workshop. It was the proverbial two birds with one stone. 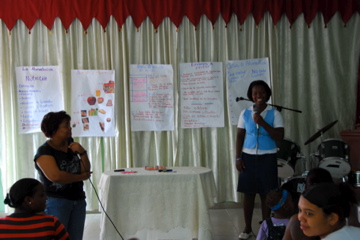 The workshop was taught by one of the Implementers in the project (think social worker) and the purpose was to teach mothers the importance of basic nutrition for their babies at various ages. The room was packed full of young mothers and some of the cutest babies I have ever seen. I won’t even discuss how tempted I was to load one or six of them in my backpack and head for the bus.

“Hello. Would you like to come home with me so I can pinch your cheeks everyday?” 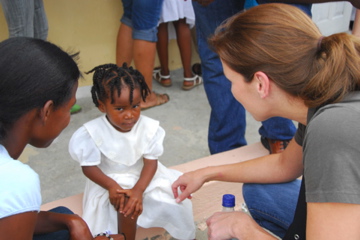 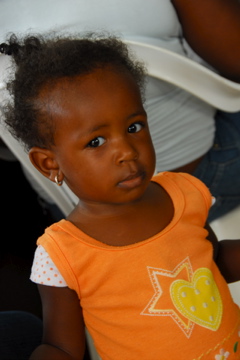 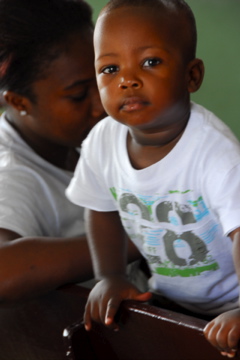 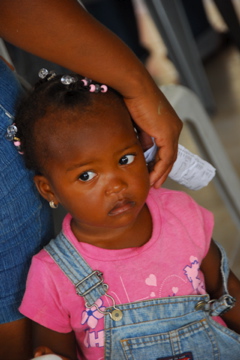 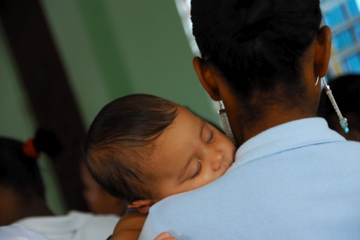 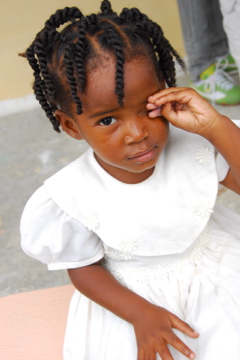 There were two interesting points made in the workshop. The first was that you shouldn’t serve your babies alcohol, EVEN AT CHRISTMAS. That means no eggnog for the toddler crowd this year.

The second point was how to get your kids to eat even when they don’t want to. I listened very carefully to that part because I was hoping someone in the Dominican could offer me some useful tidbit about how to convince Caroline to eat more than half a peanut butter and jelly sandwich every third day.

After the workshop, we went out in groups for home visits. The first home we went to was nothing more than a small shack with a tin roof full of holes. There were two bedrooms that were basically just curtained off areas.

The woman’s name was Rosario and she was so gracious and welcoming. We met her youngest son named Adolfo who is part of the CSP and her three older children. She told us that her husband is out of work and that they pay 900 pesos a month in rent, which is the equivalent of $30.00.

Anyway, the Implementer was with us and began to show us a typical visit. They started by singing a song and when it was over the translator explained that the lyrics said, “Look how happy is our home when we have Jesus”.

Rosario told us that her home was happy because they had Jesus.

And at that point my eyes filled with huge tears.

Because there I was sitting in a shack with a tin roof, filled with four smiling children and a mother who was beaming as she told us how happy their home is because they have Jesus. 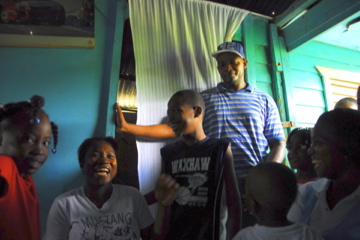 P and I were in ministry for over ten years in a fairly wealthy community. We essentially ministered to kids that had everything they could want materially, yet there were some who were so lost and so miserable that it didn’t matter. They had no joy. They had no hope, in spite of their BMW’s and designer handbags, because they didn’t know what they were living for.

But what I saw today was real. Real hope. Real joy.

Yes, there was poverty everywhere. There wasn’t really much to speak of in the way of indoor plumbing. There was very little hope there to the external eye.

But on the inside there was hope. 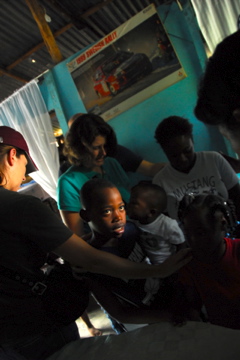 Our leader Brian Seay asked Rosario what her dreams were for herself and her kids. She told us that thanks to the CSP, she is going to college to get a degree in education because she wants to be a teacher.

She told us that her dreams for her kids were that they be good people and get a good education. Thanks to Compassion, Rosario has hope that those dreams will be realized for her children.

And the biggest hope of all is the hope they have in knowing Jesus Christ.

When you sponsor a child from Compassion, you are quite literally becoming the hands and feet of Jesus.

I saw it today and I’ll never forget it.

“’For I know the plans I have for you’ declares the Lord, plans to prosper you and not to harm you, plans to give you hope and a future.’” Jeremiah 29:11

If you’d like the opportunity to sponsor a child through Compassion, you can click on the graphic below or in my sidebar. You have the chance to give a child hope for just $32.00 a month, also known as four trips to Starbucks.

Here in the American Republican