You are here: Home / Another day / What’s cooking? Besides me. In this heat.

So our summer is off to a good start. We’ve had a lot of doing nothing which is not a complaint. At some point I’m hoping I’ll get bored enough to start cleaning out closets and such, but I’m not there yet. Right now I’m choosing to spend my down time watching Netflix and reading books.

My people spent a few days fishing in Louisiana and they got back last night. I was so glad to see them that I barely noticed how terrible their fishing clothes smelled. 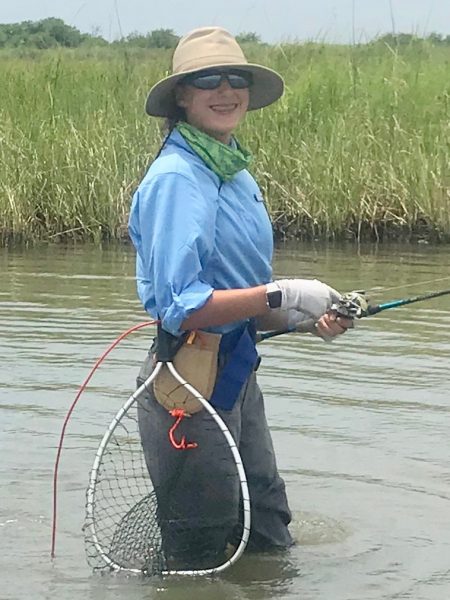 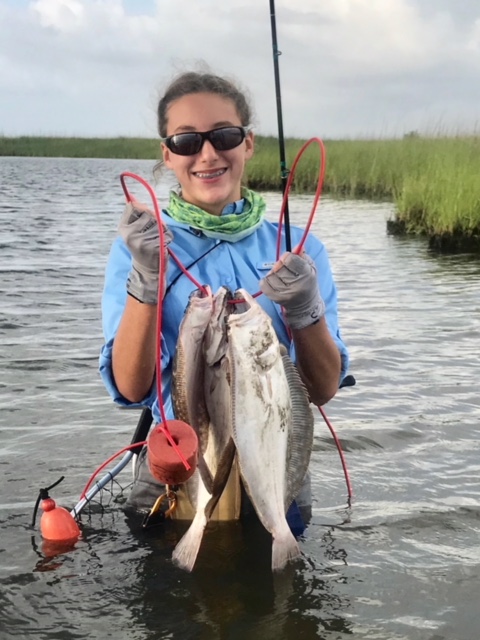 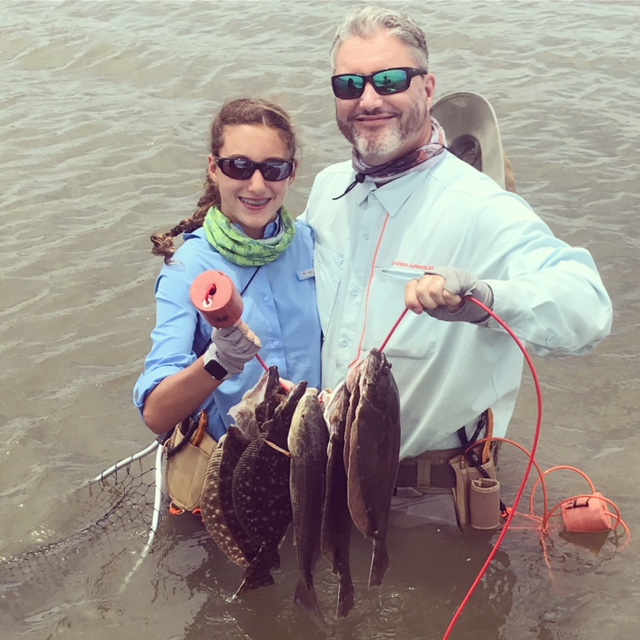 That’s a lie. I totally noticed how bad their fishing clothes smelled because it was like a garbage bomb went off in my house.

Also, aren’t they cute? I keep thinking the Outdoor Channel or some such will come calling to give them their own fishing and hunting show because they are seriously like a couple of professionals. I mean look at all that equipment.

Clearly, I’ll be cooking flounder for dinner in the near future. I highly recommend this recipe for flounder stuffed with shrimp and crabmeat if you happen to find yourself with some flounder that needs to be cooked. In full disclosure, I don’t use the shrimp. I just double the crabmeat because I think it tastes better that way and I have a tenuous relationship with shrimp.

And speaking of dinner, what is everyone cooking this summer? I think that summer dinners are the hardest thing in the world and my reasons are twofold:

But I will offer you two fairly easy dinner solutions I have recently put together with the hope you will share some of your own ideas in the comments.

The first one is Pioneer Woman’s Slow Cooker Barbecue Chicken. The actual recipe is in her newest cookbook which is available here. (This isn’t an ad, but her newest cookbook is my favorite in terms of easy, quick meals.) But this version on her website is actually closer to what I made because I didn’t use a slow cooker because I’ve decided my Crock Pot makes everything smell the same. (I know. It’s stupid. But it’s how I feel.)

So I just cooked a pack of four boneless, skinless breasts along with about eight boneless, skinless chicken thighs. I threw them in the dutch oven, salt and peppered them, sliced up an onion and fresh garlic and then poured a bottle of barbecue sauce over all of that. I cooked it at 300 degrees for about 2 1/2 hours. Then I drained the liquid, shredded the chicken and then poured in another bottle of barbecue sauce. I served it on slider buns with coleslaw on top. It makes a ton, my people loved it and there were leftovers for days. That’s a cooking trifecta.

The second dinner option is my current favorite. My friend Karla makes this panzanella salad that I love and so I decided I needed to learn how to make it because it’s essentially bread and tomatoes and what else do you need in life?

I found this panzanella salad recipe and it’s different from the one Karla makes, but so delicious. And, to turn it into an actual meal and not just a side dish, I added arugula and then pan-seared some deer steaks in the cast iron skillet that I sliced thin and served on top. Here’s a picture minus the steak on top because I am a terrible food photographer.

I also added fresh mozzarella because cheese means never having to say you’re sorry. And I think next time I’ll add some black olives. All that to say, it’s delicious and perfect for a summer meal when you don’t want to eat hot food.

But clearly I can’t spend the rest of my summer cooking these two meals so I’d love some other suggestions for anything that’s easy and fairly healthy and doesn’t require hours in the kitchen.